Choose how your file is named and where it is saved

Written by Anthony Seliga
Updated over a week ago

After you've determined the format of the file and the location you'd like to send your submission data, filename and folder path customization is an additional option. In most cases, the default behavior for the documents generated is that they'll be placed in the root folder of the destination. To customize the folder path in which the generated file is sent, follow the instructions below.

Note: If there are no destinations added to your account, this button will read "0". 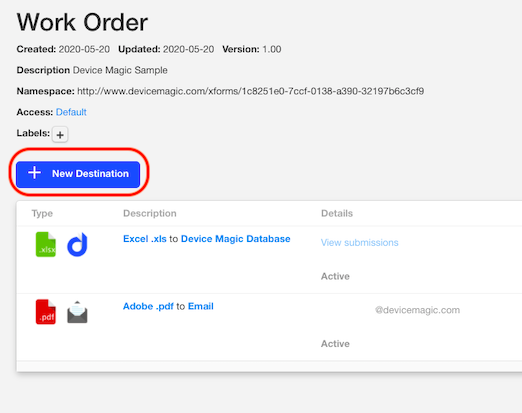 You will see different destinations to send your data. Select one of the supported destinations listed above and the format in which you'd like to deliver the information. In this example, the "Spreadsheet" format is selected to send to "Google Drive". 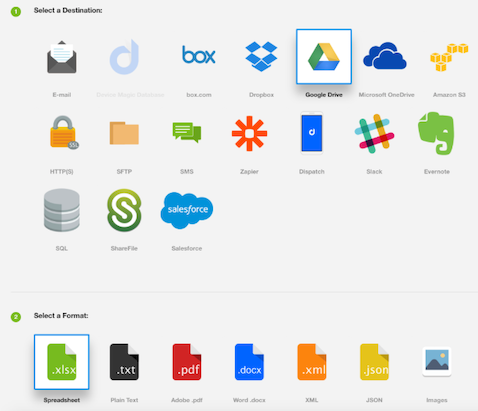 After completing steps 3 - 5 which are covered in this article, step 6 allows for filename and folder path customization after authorizing your account.

This defaults to the name of your form for Google Sheet destinations and is listed as "Spreadsheet Name".

To create a Google Sheet titled after the form submission metadata or a question value(s) in the submission, click the "Show me placeholders I can use..." button. 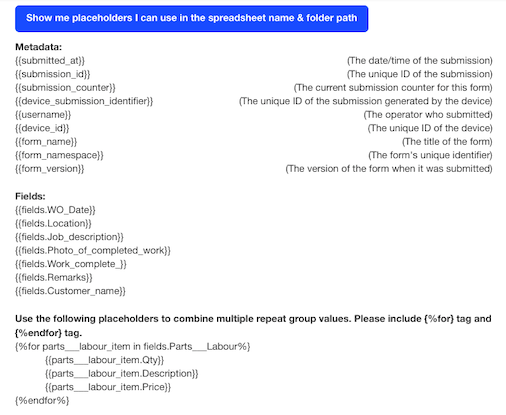 In this example, the "Spreadsheet Name" will be determined based on the value to the "WO Date" question. See the image below, notice how the entire {{placeholder}} is included. 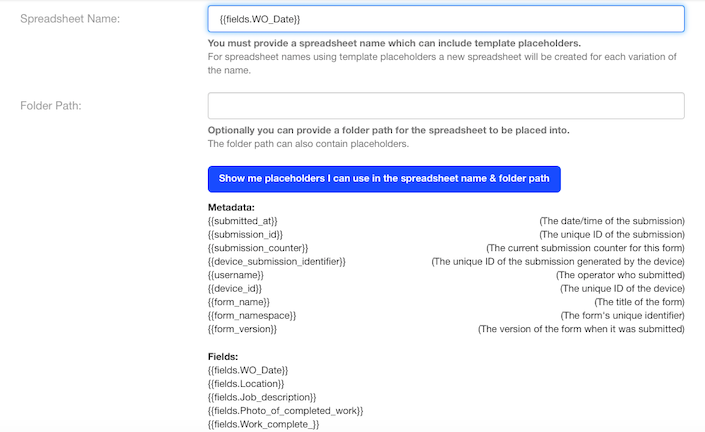 Note: Placeholders can be combined with plain text when generating filenames and folder paths.

For a custom path, start with "/" and enter the name of the folder you'd like to be created at the root level of the destination. Ex. /Forms  will place submission data within a folder titled "Forms".

For each subsequent folder that you'd like placed inside of the previous folder, separate with an additional "/" and provide the folder title. Placeholders can also be used.

This will create three folders.

For questions or comments, feel free to send us a message at support@devicemagic.com.

Did this answer your question?